What We Can Learn From Hunan 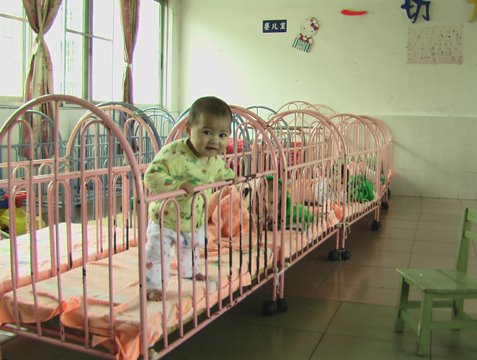 Discussions on A-P-C and elsewhere show that tremendously important lessons can be learned from the events recently concluded in Hunan Province. It might do well to summarize what we have learned and the lessons we can take away from this event.

Most adoptive families choose China as a result of the perception that there are "thousands" of unwanted children languishing in the orphanages. The events in Hunan, and a growing body of other evidence, clearly show that this is not the case, at least in the case of those orphanages that participate in the international adoption program.

At its foundation, the Hunan story centered on a director who sought to purchase young children to increase adoption fees to his own orphanage and the orphanages in his immediate area. We can debate the reasons he did this, whether it was to line his own pockets or to get enough money to improve the facility he ran; but the bottom line is he wanted more money.

Parents can take comfort in the fact that the children were trafficked from Wuchuan (Guangdong) to Hunan, and not from Wuchuan to the Wuchuan orphanage. It seems likely these traffickers contacted the large orphanages in Wuchuan and Zhanjiang, because directors in Guangdong have confirmed to me that they have been contacted in the past (it is not known if the traffickers were the same ones involved in this story). So it seems, at least anecdotally, that most directors wished no part of a baby-trafficking program. As one director recounted her response, "We will take in all babies that are abandoned, but we will not pay for them."

But a few directors decided to take them. Why? If there are so many unwanted children being found, what is the incentive for these orphanages to take in more children? Because it is becoming clear that the number of healthy baby girls being abandoned is falling, at the same time demand for these children is increasing.

One would have to travel several times to China to gain an appreciation how quickly things are changing here. On my first trip to rural DianBai (Guangdong) six years ago, I had to prepare for the trip by bringing my own cash, my own laptop (usable only with dial-up), and expect to eat only Chinese food. The only hotel was at the end of the main street and had little heating and no hot water. The stores were limited to small shops along the main street. It was a small town in the backwoods of China.

Today, DianBai has transformed itself. On my last visit, I found four Bank of China branches with ATMs, I ate in Western restaurants, stayed in a three-star hotel with in-room high speed internet, and showered in blistering hot water. I walked their new shopping mall filled with designer clothing shops, electronics, and other modern conveniences.

I see this transformation occurring wherever I travel. I am about ready to name the building crane China's national bird.

This transformation is having a dramatic affect on the number of children abandoned in China. Nearly every orphanage director I speak with confirms that the number of children being found is falling. This is due to two forces: increased ability to pay the fines associated with illegally birthed children and decreasing traditionalism, which bestows a preference on boys.

The increased affluency would lead to an increase in the domestic demand for children, as more couples are able to afford to adopt a child. Thus, domestic adoption rates are probably increasing, at the same time international demand climbs, and the number of children found is decreasing.

This creates the perfect storm found in Hengyang, and explains why a director would buy babies.

A Chinese couple wanting a child has four options for obtaining a child. Frequently, if they live in the countryside, word is put out that they are interested in adopting an unwanted child, and often a match is made with another couple. A friend of mine recently experienced this first-hand as her husband's mother let is be known that my friend and her husband were interested in a son (they had an adopted daughter, and in fact were happy, but the mother-in-law felt otherwise). Within a year, the husband's mother was told of a couple who wanted a girl but were pregnant with a boy (not every unwanted child is a girl!). My friend declined the child, but this case illustrates a primary method employed to locate a child.

Another way for wealthier families to obtain a child is through contacting an orphanage. Since adoption fees in even non-internationally adopting orphanages are often in the range of 3-5,000 yuan ($400-700 USD), one must be firmly middle-class to afford this route. But clearly more and more families are finding this as an acceptable way to build a family (I will be detailing the stories of three adoptive families from China in a future blog).

Families who lack financial means and social status are left with only two alternatives: buying a baby from a trafficker and kidnapping one. Baby trafficking is common in China, as the Hunan story illustrates. What must be remembered is that Liang Guihong, the Wuchuan woman responsible for collecting the trafficked children, had been performing "adoptive" services for nearly a decade, finding homes for the unwanted children that were brought to her.

As adoptive parents, we must realize that all of the trafficking and kidnapping stories we read about deal with one common theme: They all are driven by families in China who wish to have children.

We must realize that for the most part, the days of healthy, unwanted children staying in orphanages for long periods of time is over. Anecdotal evidence such as visits to orphanages "full of children" supply scant evidence, because tghe processing time from finding to international adoption is usually a minimum of eight months, and can often take up to 18 months. Healthy babies seen on orphanage visits are almost certainly at some point of the international adoption process.

There are a large number of children found, but again that has no bearing on the supply of available children in the orphanages unless the domestic and international adoption rates is also known. Eventually, if it hasn't already, the domestic demand for children will overtake supply, and it will be time to terminate China's international adoption program. Are we prepared for that day?