What to Tell -- And When 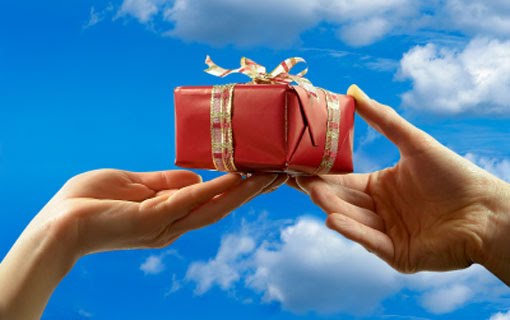 Nothing draws more passionate and heated debate than a discussion of what to tell an adopted child, and when. The subject draws strong emotions from a wide spectrum of people with entrenched beliefs that their way is the right way. The question my family is now facing is when to introduce the concept of birth families, especially if you have located them.

Let me start with recent posting on A-P-C:

"Thought I would ask the group this question. Our DD was adopted 9/05 and was 6 months old. She bonded beautifully and is very happy and adjusted 4yr old. We have always shared with her about her adoption from China, but now she is saying she wish she could be back in China with her birth mommy and daddy. She said she misses them."

This question elicited a number of responses, including the following:

"Another thing that has helped has been for us to reassure her that we'll always be her mom and dad no matter what. As she's become older, she's been able to articulate her fear that we'll leave her as well. We make sure to tell her explicitly that while she lost her Chinese family, it was a one-off thing, and we're never going to send her away. We'll always be hers, and she'll always be our kid. She's an insecure child – hardly surprising, really, having lost something as fundamental as her birth family. We do our best to make her feel secure in the family she has now. . . . We'd been having discussions for a while about why her family in China couldn't keep her, and we'd talked about different possibilities, including the fact that many families in her village were very poor."

"My daughters both did and do this also. They were both babies at adoption. Around 3 they both began to get tearful and say they miss their birth families, fathers included since I am a single mom. I have talked to them about adoption and their stories since they were babies."

Anybody notice the common thread?

When the China program started, adoptive families wisely reflected on the problems and failures of a similar program -- Korea. It was widely acknowledged that whereas the Korean adoptive families were often reticent to acknowledge their children's heritage (if you ignore their race it will go away), and their histories ("we are your only family"), that this mentality brought with it a host of psychological problems. Thus, many Chinese adoptive families concluded that there were valuable lessons to be learned from these problems, and that they would handle things differently.

But many, I believe, have swung the pendulum to the other extreme: Over-feeding their child information that is both unasked for and often unwanted. Instead of allowing their children the opportunity to form their own identities, they shove the components at the children without even considering if their children are interested or desirous to know. That is the problem I see exhibited in the postings above.

We have never brought up, unprompted, our daughters' birth parents. We have discussed adoption, conception and pregnancy, and other corollary issues from time to time, but I have never, without having the subject introduced by a daughter, initiated a conversation by saying, "Do you wish you knew your birth mother?" Or, "Do you want to know more about your abandonment?" I have always indicated a willingness to answer any and all questions (not just about adoption but about anything), so I am confident my kids know that if they ask any question we will try to provide them with a good answer. But the point is, I wait for them to ask. Those that force-feed their children the deep issues of abandonment, birth parents and adoption, risk, I believe, getting the kinds of responses displayed above. In fact, by presenting the reality of birth parents before they are mature enough to handle it, for example, I think we risk diminishing our own position as parents to our children.

Each child becomes aware of the world that surrounds them at a different pace. Meigon caught on to reproduction at a very early age, and my other girls have generally lagged behind in showing an awareness and interest. There is no doubt that at the age of three or four, a child will begin to notice pregnant women and small babies. They might ask at that point if they were born of their adoptive parents, and that would be a good time to answer, "No, you were born to a woman in China." That is the type of answer I would give. But many use this opportunity to go ahead and answer questions not asked and not even thought of: "No, you were born to a woman in China. She is your birth mother, and she wasn't able to keep you, so she left you at the gate of the orphanage." This is the type of over-feeding that overwhelms most kids, and creates, I believe, unnecessarily emotional issues.

I believe that introducing concepts and information to our children unprompted is a violation of their personal intellectual space.

What is there were some hidden family secret in my own family, possibly one that involved my own biological heritage. Would it be my parents responsibility to bring that out, even if I displayed no desire to know?

Many adoptive families, I am confident, would assert that the best course of action would be to notify me at a young age that Dad may not really be my biological father. "Truth is the most important thing!" they would argue. But what if I don't want to know? What if I am perfectly happy not having any knowledge of that "truth," and simply want to go through life believing that my family is just like every other family in the world? Should my parents force me to confront that "truth"? I believe they shouldn't. In fact, I believe if they pushed that information on me unprompted, that they would be violating my rights to construct my self-perception and identity as I want. Some might even consider it a form of abuse.

Yet often we see this same thing happening with our adopted children. Please don't misunderstand, I am not advocating a silence on these issues, simply encouraging parents to consider the desires of their children. Instead of force-feeding our children from the time they are small about their histories and origins, rather wait until they are emotionally mature enough to know what questions they want the answers to, and which ones they don't. And above all, respect their wishes.

I sat down with my brother-in-law last weekend and asked him about how his adoptive family handled the question of birth families. Although his situation is a little different (he was born in Germany and adopted by a Caucasian family, this he looked very much like a biological child), he told me that his family talked with him about adoption when he was about six. We are, of course, way past that with our Chinese children, since the evidence of adoption is written on all of our faces. But then I asked him if he wished his adoptive family had pushed him to know more about his biological family. "Should they have offered you information that they had then, rather than waited until now?" (He had just returned from Germany on a vacation during which he had made a small attempt to gain additional information). I wanted to know if he was upset that his parents hadn't told him more earlier.

He told me that he has never really had an interest in knowing about his birth family, that his adoptive family was all that mattered to him, and that he has no problem with the way things were handled. His adoptive family made it clear from the time he was young that they would help him find any answers he wanted, but ultimately he never felt the need to ask the questions.

I think that many parents are not as wise as my brother-in-law's parents. I see adoptees around me that are angry because their adoptive parents denied them information that they wanted, or angry because adoptive families created issues by giving information when it wasn't needed or wanted. I think that when a four-year old child cries for birth parents she has never met, that someone is creating issues unnecessarily.

Last weekend I sat down with all of my girls for our weekly "Roundtable". I told them that I wanted them to understand that Mommy and Daddy did research in China for families that have adopted. It is our job. "But I want you to know that if ever you want us to help you learn more about your lives in China, birth families, etc., we are very ready to help. But we will wait for you to ask for it. We won't force it on you." We do have a lot of information, but it is tucked away until the day, if it ever comes, that our daughters' ask for it. I will not even tell them if I have located the birth family, as I think that in and of itself is like putting a wrapped present on a table and telling someone not to worry about it. Like Pandora's box, such information should not even be offered until the person asks for it, since such knowledge has broad and far-reaching consequences.

In conclusion, I see many adoptive families, acting out of deep concern and love for their children, unintentionally creating issues for their children. By introducing images of a birth family that almost certainly doesn't exist ("Your birth family couldn't take care of you, but loved you very much") we must ask if this in any way informs our children of their identities, or does it introduce ideas that in fact undermine our relationships with our children by introducing concepts that they are not emotionally ready for.